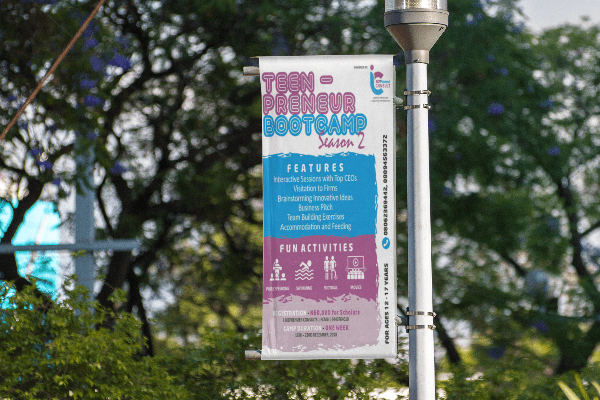 On July 31, 1790, Samuel Hopkins was issued the first patent for a process of making potash, an ingredient used in fertilizer. President George Washington signed the patent.

Since that day more than 6 million patents have been issued.

I saw some potash/fertilizer the other day I need to tell you about. I don’t watch much TV, but I do enjoy the show Shark Tank. For me, it looks like a lot of fun to be on the panel. I have tremendous respect for anyone who makes enough of a success of him or her self to be in a position to invest. That’s what every entrepreneur works towards… that freedom and those choices.

That said, I saw some advice from “Shark” investor Barbara Corcoran the other day which made me cringe and I wanted to put this out there as an addendum to her advice. You see, Barbara is not in the world of software. She deals with real estate and products. In an interview with inc.com she said the following on the biggest mistakes small businesses make:

“Pissing away money on patents and PR. The right dance steps are:

3) Make the big guys envy you, and only then get a patent.”

At the end of the article, I have linked to that quote (mostly so you don’t leave)

I cringed when I got to #3 because this advice could really put some technology entrepreneurs in a very bad place. #1 and #2 are smart!

Here is what I have learned going through the process of patenting multiple pieces of technology:

2) Not any patent attorney will do. Most of them are as worthless as the day is long when it comes to technology or software patents, but they will take your money anyway. Find a patent attorney who specializes in technology/software. If you need a recommendation, contact me.

3) Patent attorneys are Federally licensed. If you are in Florida, you don’t have to see a Florida attorney (which is unique).

4) Be prepared to write! If you think it’s as easy as bringing your idea to an attorney and having him or her write everything up, think again. No fewer than 10 pages of technical documentation, drawings and images were submitted for any of the patents I applied for. If you bring your attorney garbage, he will either produce a subpar patent or charge you a fortune… maybe both.

5) Use the patent attorney’s artists. The drawings may seem simplistic and they cost an extra $100 or so per image, but that’s another thing you should not try to do yourself unless you like rejection and wasted time.

6) Write your patent as broadly as you can. Your patent can and will get rejected and that’s OK. Go for more than you need… go big! You can scale the patent back and hone in on your final patentable piece based on feedback from the United States Patent and Trademark Office (USPTO). You can’t add to elements later if they weren’t there when you started. Want to increase your odds of a patent? Go for a LOT and adjust as you get feedback.

7) You MUST have your patent idea SUBMITTED BEFORE you go to market. This is where Barbara’s advice is very dangerous. In the world of software, you cannot patent something that is being used by the public. Once it’s out, it’s “public domain” unless you have submitted your provisional patent.

8) Patent laws change daily based on court cases. Many people (including Mark Cuban) think the ability to patent technology is harmful to the evolution of technology. It is entirely possible you get rejected.

In short, a non-provisional is a “real patent.”

11) A non-provisional patent can take up to 5 years to get approved or rejected.

12) Most software patents are rejected because they are not mechanical or they don’t have a proprietary algorithm.

13) It is absolutely possible you could be issued a patent and then lose in court if someone infringes on your patent. Having a patent and being able to enforce that patent are two completely separate things.

14) When you submit your patent, you are teaching the world how to do what it is you “invented,” accept that this has drawbacks as well.

16) Once you have your US patent issued, you have 1 year of protection/time to file for any individual countries you wish to be protected in. The “Patent Cooperation Treaty” has 148 countries, which can be viewed here http://www.wipo.int/treaties/en/ShowResults.jsp?treaty_id=6

17) Each country you apply for a patent in will have its own filing fee. Nothing is free in the world of IP.

18) If you are lucky enough to be granted a patent, that patent is granted for a period of 20 years… keeping in mind “granted” does not mean “protected.”

19) The big companies (Apple/Google) have departments which do nothing but file patents all year long. As always, the little guy is at a distinct disadvantage. Barbara is right that getting on the bigger companies radar may be a good thing but not in every instance. Big companies squash little companies all the time like it’s a sport.

20) You can opt to have your patent published or unpublished in the patent journal distributed worldwide. There are pros (exposure) to being published, and cons (maybe being ripped off?) by choosing to publish. That’s a choice you have to make.

So there you have it… what my experience with software patents has taught me. Barbara was not talking technology when she was quoted about patents, so be careful whom you listen to on this subject… it could cost you big if your idea is good enough.