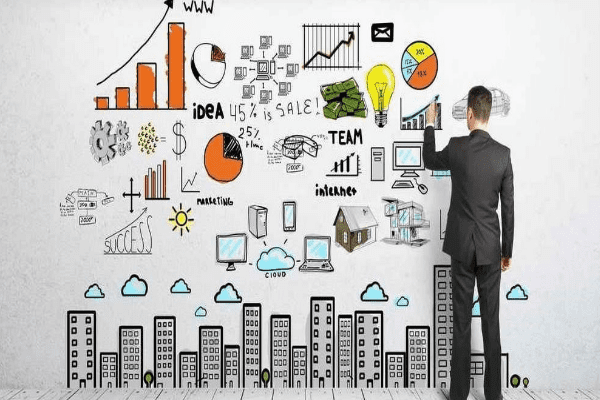 Truth and Statistics – Some Food for Thought

Many years ago in college, I took a course on statistical analysis and learned just how statistics can be used to say one thing and be interpreted another way. I learned through that course that one must document with clarity how the statistic was derived, what related assumptions were made, what the sample size was, what types of people were targeted to provide answers as part of the statistical group being sampled, how the results were to be interpreted, and the intent with which the created statistic was to be used.

Taking these thoughts further, I’d like to start off with a couple of “statistical terms” used within this field of analysis to help me make my baseline point for this article.

Average: An ambiguous term. It often denotes the arithmetic mean but it can also denote the median, the geometric mean, a weighted mean – which is derived from the inclusion of external factors and weighting of those factors to derive a result, among other things. Beware if some report you read quotes an average without making it clear which average is being quoted.

Bias: A measurement procedure is said to be biased if, on the average, it gives an answer that differs from the truth. The bias is the expected difference between the measurement and the truth. For example, if you get on the scale with clothes on, that biases the actual weight measurement to be higher than your true weight.

Convenience Sample: A sample drawn because of its convenience; it is not a probability sample. For example, I might take a sample of opinions by just asking my 10 nearest neighbors. That would be a sample of convenience, and would be unlikely to be representative of a true targeted audience of significant size that could give me results that would actually be usable as part of a serious survey. One should always avoid doing surveys using convenience samples if one is interested in actually publishing truth with a fair degree of certainty.

You get my drift as to what can be done to manipulate statistics if you are trying to make a point that you want to make. So very often, statistics are shared this way with others to try to engender favorable behavior in certain directions, usually to the benefit of the creator of the statistic.

Now I’m not saying statistics are generated with a deliberate intent to mislead. But even if they are interpreted incorrectly by the receiver of the statistical information, you have failed in your job to use the statistic to impart accurate and usable information that could be acted on by the consumer ingesting the statistic.

Let me give you a real-life example of how both ambiguity and/or even possible intent to mislead can creep into the creation of statistics which I often find being represented in such places as presentations, info-grams, videos, etc.

I recently viewed a statistic about the sharing of content on Facebook. The chart title said: “Images get shared more on Facebook” and it showed a graph depicting that about 80% or more of the total shares on Facebook are done to share images – the sharing of other content such as videos for example were down around the 5% range of shared content.

A person thinking superficially after seeing this statistic might say to his or herself: “Wow- I’d better focus on posting images to Facebook rather than videos”. What the statistic which was basically just a simple bar chart didn’t tell you was: Who and how many people were sampled to generate this statistic; the reason this level of image sharing is happening – is it because people want to see images more than videos or is it possibly that:

As a professional business person and Internet marketer I on the other hand know that Facebook loves to see you upload videos and if you do upload one, they will “Reach” a lot of people with it without me even having to “Boost” post it to get it viewed out there; whereas with image ads, I often have to push images to people and “boost post them” for a fee paid to Facebook to get them as widely dispersed as my videos are. One example recently – an image and text ad I recently posted without boost posting reached only 22 people. A video I recently uploaded to Facebook within that same week reached 1,368 people without being boost posted.

So my conclusion from viewing the sharing “bar chart” statistic that I saw the other day is that someone reading it without understanding what it meant could make incorrect business decisions because of a statistic like that and start cranking out image based ads while completely ignoring the creation of videos. Both content types have their uses as advertisements for a business, but be aware that to get your images out in front of people will cost you more advertising dollars than an uploaded video would to reach equivalent amounts of people.

So just what was the person pushing that statistical image out to the world trying to intimate? What was his or her objective? And how should I have read and used that new shared information for my benefit? The clarity around the post just wasn’t there…

To conclude I would like to just hand out the following advice to those publishing statistics: If you are a marketer trying to drive home a thought or idea for others to grasp through a statistic, please: