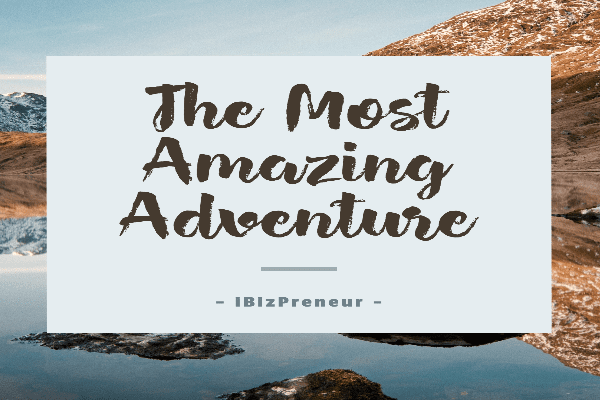 Entrepreneurship and MSME – The Engine For Economic Growth and Wealth Creation

With a population of 148 million and the second largest economy in the continent after South Africa, the state of Nigeria's economy is a bundle of extreme contradictions. The US sources 10% of its crude imports from abundant oil fields in the Niger Delta, a region that is also home to one of the largest know natural gas reserves in the world. Despite these natural endowments, Nigeria is crippled with rampant poverty and depressing macroeconomic indicators and human development indices. Unemployment is endemic and more than 54% of its population lives on less than $ 1 per day. Decades of political turmoil, civil unrest and large scale government mismanagement are large to blame for this state of Nigerian affairs.

The return of democracy in 1999 paved the way for economic reforms and the adoption of an ambitious plan to take Nigeria to the top 20 world economies by 2020. A massive residual repriorization of economic policy initiatives has brought home tangible results: currency reserves five fivefold between 2003 and 2006, while GDP growth averaged more than 7%. However, and because of long-standing systemic imbalances, per capita GDP dipped from $ 444 in 1997 to $ 430 in 2004, even as poverty levels actually increased.

The bulk of the problem has been Nigeria's overdependence on oil and gas exports that fetched it an estimated $ 600 billion in the last five decades, but made little difference to the non-oil sector, which floundered in a climate of policy neglect and inadequate financial and technical support. The thrust of Nigeria's renewable economic objectives must be on entrepreneurship development, taking into account its mammoth human resource capability, and in a manner that makes inclusive yet rapidly accelerated economic growth possible. Weaning away dependence on non-renewable resources with the simultaneous promotion of micro, small and medium enterprises (MSMEs) is critical to achieving both the 2020 objective and Nigeria's Millennium Development Goals.

MSMEs have been responsible for the rapid growth of a multitude of economies around the world, historically beginning with the UK and America to primarily Europe, Latin America and laTel in considering parts of South and East Asia. Currently, more than 90% of all enterprises in the world are estimated to be MSMEs, accounting for up to 80% of total employment prospects. In OECD countries, the MSME component is as high as 97% of total business activity, contributing between 40% and 60% of GDP1 in member countries. These statistics hide a wealth of ideas for Nigeria, in the context of its economic development targets.

First among them is the fact that wholesome MSME growth is fundamental to the expansion of rural economies as part of sustained macroeconomic development. MSMEs combine a diverse mix of agriculture-based, production, services and trade sectors; classified on the basis of asset value and employee base on a given scale of maximum and minimum scores for both counts. They often represent an extreme variety in terms of size and structure, right from rural artisan guilds, through small machine shops to emerging software and IT firms. They are by definition dynamic and combine a wide range of growth-oriented skill sets, with special needs in terms of innovative solutions, technology and equipment and knowledge up-gradation. The central requirement in promoting them, however, is the development of a viable microfinance industry with built-in ease of access for small and medium enterprises.

At the policy level, Nigeria has taken proactive steps to promote MSME initiatives, the most notable being a legislative amendment that requires commercial banks operating in the country to set aside 10% of pre-tax profits for investment in smaller businesses. Both the IMF and World Bank currently run separate outreach programs to aid Nigerian micro-financing through assisted procedures for streamlining credit evaluation and monitoring micro-loans. The effectiveness of these measures has been borne out to some extent by recent developments.

In June this year, the Nigerian government announced the disbursement of $ 20 million2 in small-scale industry loans. This is a significant achievement considering it multiplied out of the $ 8.4 billion initial World Bank grant to the sector in 2006. Policy makers negotiated the habitually poor access to loan and equity capital in Nigeria with the introduction of new micro-financial institutions that afforded surplus and deeper funding solutions.

In view of Nigeria's past and present ground realities, an appropriate environment for rapid growth in this key sector calls for certain basic enforcements, including:

There is for sure no short cut or panacea to the enterprises endeavor. The World Bank outlines the pioneer perspectives of the MSME development program in Nigeria with five priorities3: enhancing the breadth and depth of finances available to MSMEs, creating markets for business development services, providing technical and capacity building support, resource allocation for access to global best practices, and lastly, funding for implementation, review and monitoring of individual projects.

The existential value of MSMEs derives from the fact that they provide products and services that their larger counterparts do not or can not do. Recognizing and leveraging this potential is only half the job. The real challenge for Nigeria does not end at achieving the full prospects of MSMEs, but on then integrating their success to create a more inclusive economy that is without the flaws that have nagged the widest majority of its populace for the better part of half a century .