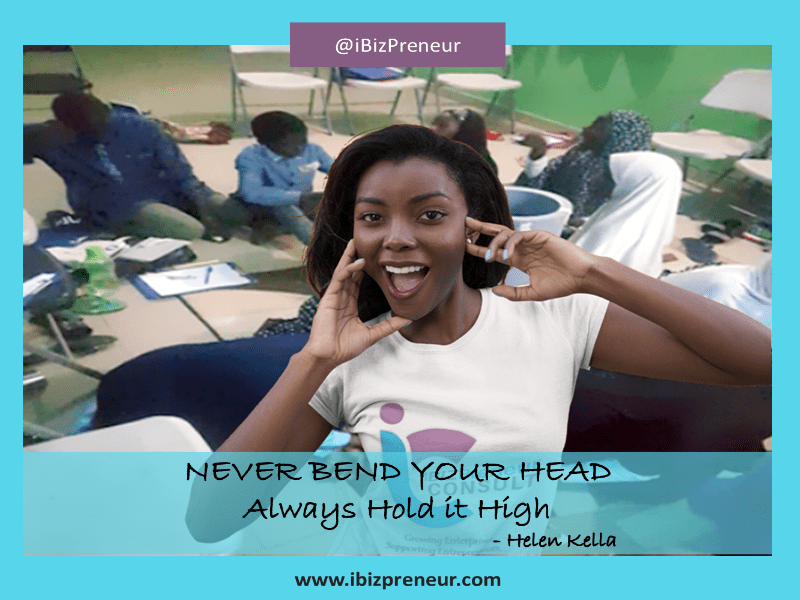 While these statistics bide well for the country’s economic prospects, they also serve to reaffirm the vital importance of entrepreneurial development in achieving that potential.

People of the Ibo community in Nigeria are considered one of the oldest entrepreneurs in history, their expertise stretching back to times before modern currency and trade models had developed elsewhere on the planet. In the more recent past, Nigerians adapted their natural talents to evolve traditional businesses and crafts that have sustained most of the country’s rural and urban poor for the better part of the last half century. While the oil boom of the ’70s brought in billions of petrodollars, most of the country’s population remained untouched by the new-found prosperity, thanks to widespread political corruption and catastrophic economic mismanagement. Because of these and other factors, the World Bank estimates that 80% of oil revenues benefited just 1% of the population.

Most of Nigeria’s current woes trace back to a historic overdependence on oil to the negligence of all other sectors, including customary trades and agriculture. Decades of non-inclusive policies alienated the vast majority of Nigerians, plunging the country into a miasma of extreme poverty and ravaging civil and political strife. The climate of economic stagnation spawned a mammoth informal economy that continues to sustain the bulk of Nigeria’s 148 million people. It is a measure of Nigeria’s inherent entrepreneurial capacity that this informal, unorganised sector presently accounts for 65% of Gross National Product and accounts for 90% of all new jobs.

All these factors have tremendous relevance for Nigeria’s future prospects, even more so considering the extent of official neglect and lack of assistance and infrastructure that the country’s indigenous entrepreneurs have had to overcome. Harnessing the informal economy and leveraging its full potential is a prerequisite for Nigeria to emerge from the shackles of its Third World legacy.

The Future of Entrepreneurial Development in Nigeria

It is not as if Nigeria’s hopes of economic superiority rest on individual optimism and enterprise alone. Right after the reinstatement of democracy in 1999, the government of former president O Obsanjo unveiled ambitious plans to take the sub-Saharan nation to the top 20 world economies by 2020. Abuja is also a signatory to the UN Millennial Declaration of 2000 for the achievement of universal basic human rights – relating to health, education, shelter and security – in a time bound manner by 2015. Both objectives present mammoth challenges for Nigeria in terms of reversing past trends and evolving innovative strategy for sustainable and inclusive growth.

The primary focus of Obasanjo’s policies centred on accelerated development through entrepreneurial education (which he made mandatory for college students of all disciplines) and the creation of conditions favourable to a new business regime built on innovation and adaptability. The federal government has since initiated successive programmes aimed at promoting enterprises through widespread use of technology and socially relevant business models. The extent of success of these and other measures, however, is still a matter of debate.

According to the 2007 Gallup poll, 69% of respondents planning new businesses had no intention of registering their operations, indicating they would still prefer to be part of the informal economy. In light of Nigeria’s long-term goals, this is certainly bad news.

Disinterest in the formal economy reflects the status of Nigeria’s policies and tax regime, which have long been deemed detrimental to the growth of viable enterprises. Even more disturbing is the fact that this continues to be the case despite the energetic reforms process initiated after the return of democracy. It is more than evident that piecemeal measures are unequal to meeting the challenges that Nigeria has set itself up to.

The following are the most important obstacles facing rapid entrepreneurial development:

o Absence of a pro-active regulatory environment that encourages innovative enterprise development at the grassroots level.

o The presence of administrative and trade barriers that curtail capacity building and inhibit access to technical support.

o Absence of regulatory mechanisms for effective oversight of enterprise development initiatives, especially those in the MSME space.

o Poor access to vocational and skills-development training for rural and urban youths involved in the informal economy.

o Rampant political and bureaucratic corruption, together with the absence of social consensus on important macroeconomic policy issues.

More than 73% of Nigerians featuring in the Gallup survey conceded access to finance was the single-most important hurdle in the way to setting up successful enterprises. More telling is the fact that about 60% of respondents claimed that current policies, despite the government’s focus on enterprise development, do not make it easy to start a business in Nigeria.

Some Additional Factors to Consider

* Constrained access to local and international markets that stunt entrepreneurial expansion and proliferation.

* Severe infrastructure deficits (mainly of power and electricity) that hamstring both new and existing businesses.

* Inadequate access to finance and the absence of a credit policy that addresses the specific needs of enterprises.

The road to Nigeria’s emergence as an economic superpower is muddy and treacherous. More than just optimism, it calls for clever economic manoeuvring that will help turn the country’s fortunes around for good.